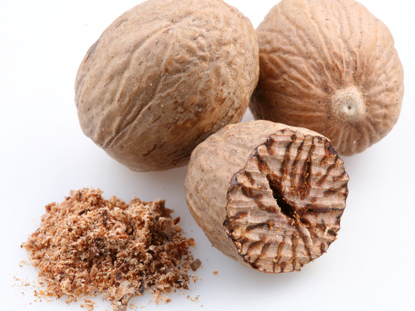 Maybe not. Ms. nutmeg is at the heart of a tropical fruit, also called nutmeg. 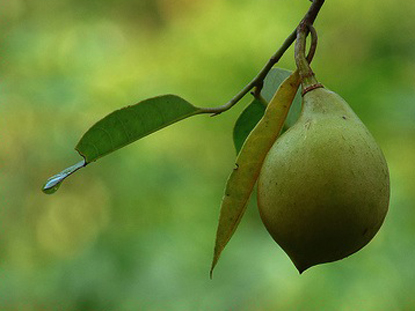 The edible ripened fruit appears mottled yellow. It is grooved like an apricot. When fully ripe, the fruit splits in half. 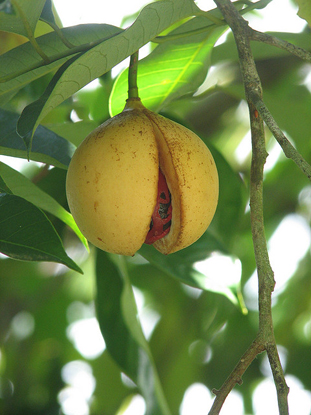 Once open, the fruit reveals a lacy, bright red covering wrapped around a dark shiny nut-like pit. Inside the pit is the oval shaped seed which we call nutmeg. 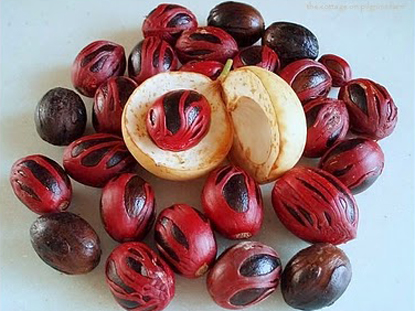 Not so mousey now, is she?

Nutmeg’s original home, the Banda Islands, are part of the Moluccas, an Indonesian island group. Products exported from these islands earned the islands the name The Spice Islands. 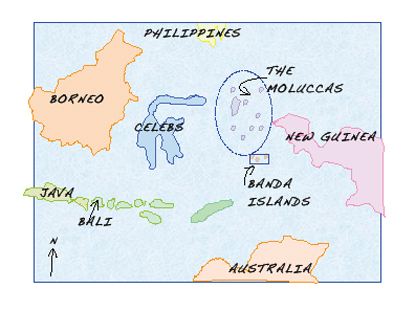 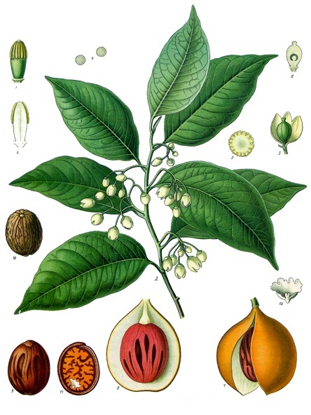 Growers germinate nutmeg seeds in nursery beds. After about six months they transplant shoots to the plantation. Nutmeg is high maintenance—five years pass before the trees flower. This is the earliest that growers can identify the sex of each plant, and then thin out the plants to one male for every ten females. More sophisticated growers use grafted plants to work around this five-year wait. The first harvest takes place seven to nine years after planting, but growers wait 20 years for the ladies to engage in full production. After that, trees may bear fruit for about fifty years. Difficulties aside, nutmeg is the only tropical fruit that is the source of two different spices.

A single mature tree produces up to 2,000 nutmegs per year. Once growers harvest the fruit, they separate the nut from the soft flesh. Workers remove the net, called the aril, from the seed. They flatten the net between boards, after which they dry it, grind it, and sell it as mace. Meanwhile, the seeds are dried until they rattle, then they are shelled. 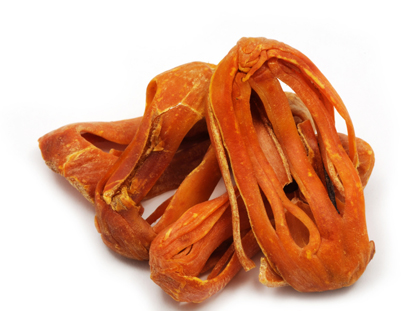 Throughout the Middle Ages, peoples used many spices outside the kitchen. At the time, those in the know claimed nutmeg preserved food, relieved sickness symptoms, and cured common illnesses. Nutmeg was even thought to cure plague. (This could be plausible in that nutmeg might repel the plague-carrying fleas). And, if a gentleman faced performance problems in the bedroom, the prescription was a dose of nutmeg. In later days, nutmeg developed a reputation as an hallucinogen. However, the high is delayed by four to six hours after ingestion and causes a monumentally unpleasant drug hangover. This may be why this use is not widespread!

Nutmeg enjoys a reputation as being magical and bewitching. People carried nutmeg as amulets to protect against a variety of dangers and evils. Carved wooden imitations stood in for her when a true nutmeg was just too dear. Those who could pay for nutmeg’s favors tended to use nutmeg as commonly as we use black pepper today. Fashionable people carried their own personal nutmeg graters made of silver, ivory or wood, often with a compartment for the nuts. 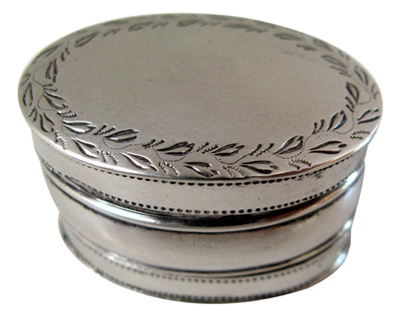 Nutmegs are usually sold without their lacey cover-up or their hard shell. They are oval, lightly wrinkled, and dark brown on the outside, lighter brown on the inside. Nutmeg is sold whole or ground, and is labeled East Indian or West Indian depending on its source. Nutmeg has a warm, woodsy scent and adds complexity to both sweet and savory dishes. Mace has a spicier flavor and aroma much like a cross between nutmeg and cloves.

Like any ground spice, ground nutmeg’s flavor deteriorates quickly. Whole nuts will keep indefinitely and can be grated as required with a nutmeg grater. Store both ground and whole nutmeg away from sunlight in airtight containers. Nutmeg is not a true nut and should not pose a risk to people with nut allergies. 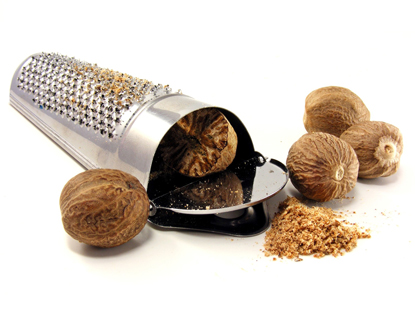 True to the free spirit she is, nutmeg may be found in the company of sweet and spicy dishes: pies, puddings, custards, cookies, and spice cakes. Try it in Miss Mae’s Sweet Potato Surprise Cake. She plays well with many cheeses, so include her in soufflés, cheese sauces, and in quiches, such as Ruthmarie’s Asparagus Quiche. She can complement tomatoes, split peas, and beans. Check out the kick she lends to Georgia’s Pinto Bean Pie.

Nutmeg is generous with her favors and can be found in Italian mortadella, Dutch vegetables, Scottish haggis, Middle Eastern lamb dishes, and in the Moroccan spice blend ras el hanout. Of course, she demands to accompany punch, mulled wine, and most definitely, eggnog, and more eggnog, and in Cranberry-Eggnog Scones. 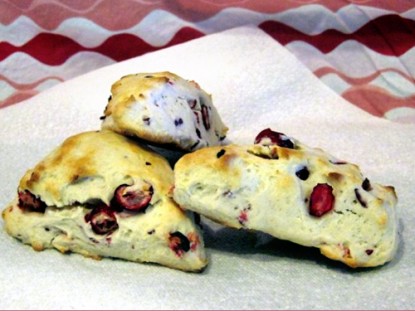 Finally, you’ll need nutmeg if you want to mimic the taste of Coca-Cola!

An historical footnote in which a single spice changes the world order.

Like Cleopatra and Helen of Troy, our sassy nutmeg has played a pivotal role on the world stage. The exotic lace-robed nutmeg enticed a string of powerful and greedy visitors to her small island boudoir. Arab traders were first to spirit her away from her tiny island home. They sold her to the Venetians for very high prices and kept her home location secret to maintain those prices. But, in 1512, the Portuguese sailed into the Banda Islands and laid claim to nutmeg’s island homes and to nutmeg herself.

By 1602, nutmeg’s popularity and potential profit margin lured the Dutch, in the form of the Dutch East India Company, (Vereenigde Oost-Indische Compagnie or the VOC) to the Banda Islands. The VOC had the power to wage wars, make treaties, and even mint coins. The VOC pushed the Portuguese out of the picture.

Insignia of the Dutch East India Company, likely the world’s first company logo. It appeared on company items from canons to coins.

The VOC went to great lengths to ensure that they had the lovely nutmeg, and her considerable ransom, all to themselves. (They sold the rare beauty at a markup of 32,000 percent!) They restricted nutmeg farms to a small number of islands. They bathed nutmeg in lime to prevent germination. On outlying islands, they destroyed trees which grew from seeds dispersed by birds. Native Bandanese, and even some Dutch, were murdered if they were caught transporting nutmeg seeds. The VOC’s greed was so great that, when there was an abundant harvest, they burned nutmeg to control the market supply. 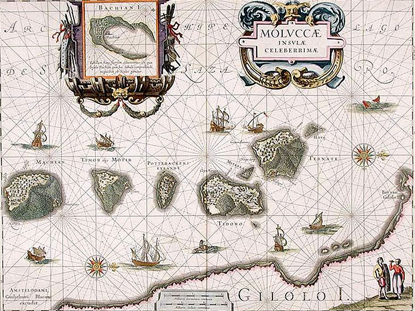 W. J. Blaeu’s 1630 map shows the VOC-controlled Banda Islands including heavily forested areas and recently constructed forts. (This map is oriented with north to the right.)

Meanwhile, both the Dutch and British were staking claims in the New World. Each hoped to reap great rewards from the potentially valuable fur trade. Through the mid 1600s, the Dutch and British battled back and forth over East Indian islands, nutmeg rights, and New World fur trade. In 1664, British ships succeeded in taking over the VOC-held New Amsterdam. But neither side could maintain two wars half a world apart. In 1667, the British ceded official control of nutmeg-producing Run Island (3 km long, less than 1 km wide) to the VOC. In exchange, the VOC relinquished its claim to New Amsterdam (the Dutch name for Manhattan, 21 km long and 3.7 km wide). Love of nutmeg seems to have made the Dutch remarkably short-sighted! 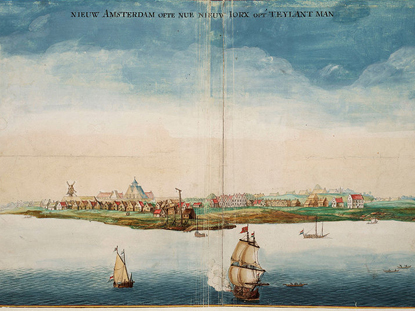 J. Vingsboons’ impression of New Amsterdam, painted in 1664, the year the English captured the VOC holding.

For almost two centuries, people everywhere purchased nutmeg from the Dutch East India Company or not at all. In the early 1800s, the British again invaded the Banda Islands. This time, they carried away lime-free nutmegs and replanted them in British Caribbean colonies. Today, the West Indies island of Grenada, often called the Island of Spice, is the world’s second largest producer of nutmeg. 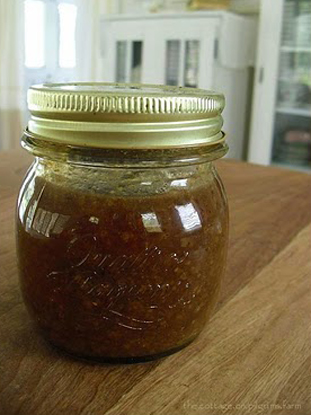