Will Shakespeare said it first: “What’s in a name? That which we call a rose by any other name would smell as sweet.”

Shakespeare could have well been talking of cinnamon and cassia, the two kissing cousins of the spice cabinet. 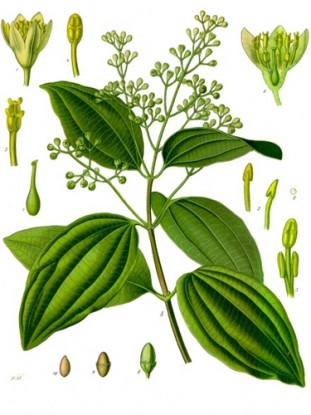 True cinnamon, Cinnamomum zeylanicum, aka Cinnamomum verum, can trace its written history back than 4000 years. Ancient Egyptians used cinnamon in their embalming process. Early Romans considered cinnamon to be fifteen times more valuable than silver. Medieval cooks relied on cinnamon to preserve meat (the spice contains phenols which inhibit the growth of the bacteria responsible for spoilage). Historians count cinnamon, along with pepper, as a spice that propelled Europeans to find a water route to the Indies, thereby laying the foundation for world trade.

‘True’ cinnamon is native to Ceylon (Sri Lanka) and, for a time, geography limited the amount of cinnamon available for trade. Today, true cinnamon grows in Sri Lanka, India, Madagascar, Brazil, and the Caribbean. But the laws of supply-and-demand still keep the price of true cinnamon high. However, true cinnamon has a kissing cousin, cassia, Cinnamomum cassia aka Cinnamomum aromaticaum. Cassia is less expensive to farm and process than its cousin. China, Vietnam and Indonesia lead the world in the production of cassia. In point of fact, most of the spice sold as cinnamon in the United States and Canada is actually cassia. 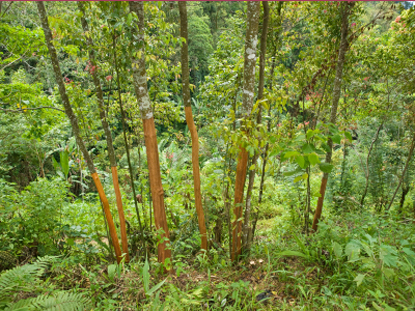 Both cinnamon and cassia come from the bark of plants in the laurel family. The plants can grow up to 30 feet tall, however, most farmers keep the plants short and bushy for easier harvesting. During the rainy season, farmers strip the plants’ bark. Cinnamon farmers strip the bark from small shoots, while cassia farmers strip bark from whole branches and small trees. As a result, cassia bark is much thicker and rougher than that of true cinnamon. The stripped bark is then left to dry and ferment for 24 hours. Finally, the outer layer of the bark is scraped off—this mellows the spice’s flavor and aroma. 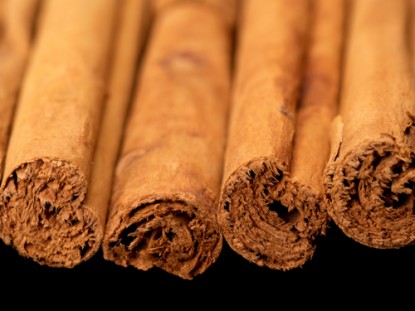 As Ceylon cinnamon dries, the inner light-colored papery, brittle bark coils into a single spiraled quill. The quills typically measure 3 to 3 1/2 inches long, but can be as long as three feet. Ceylon cinnamon sticks have many thin layers and easily grind into powder in a coffee or spice grinder. Powdered Ceylon cinnamon displays a soft, light brownish orange color. 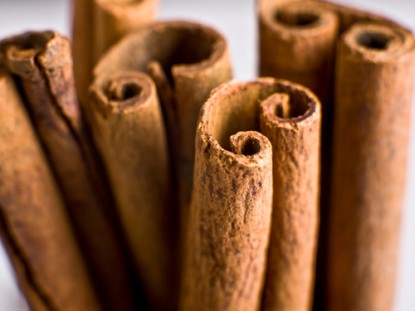 In contrast, cassia quills curl inward from both sides, like a scroll. Cassia sticks are made up of one extremely hard, thick bark layer. If ground whole, cassia sticks can break an electric spice or coffee grinder! Cassia powder sports a medium to light reddish brown color. 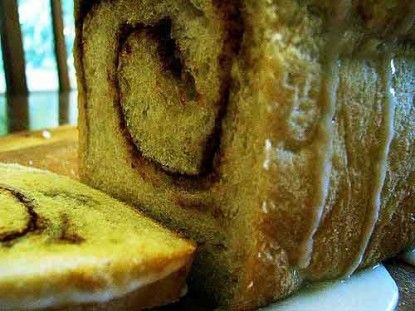 Note: Cinnamon’s (and cassia’s) antimicrobial properties can inhibit the activity of yeast. As a result, breads with cinnamon often rise less than breads without the spice. Food scientists are researching ways to use this property to improve the texture of certain foods.

Using aroma or color to accurately distinguish powdered Ceylon cinnamon from powdered cassia is a significant challenge. However, the cousins can be distinguished by chemical means. Treating powdered cinnamon with tincture of iodine produces almost no effect; treating cassia with iodine produces a deep-blue tint. Without a chemical analysis kit, consumers must rely on the manufacturer’s identification of the spice.

Considerable confusion swirls around the respective tastes of Ceylon cinnamon and cassia. Some confusion stems from companies selling cassia as Ceylon cinnamon in order to charge the higher price associated with ‘true’ cinnamon. Further confusion rises from the varieties of cassia available in today’s market. Four distinct spices are listed below; each has its own characteristics and one is not necessarily better than another. Consider sampling a small amount of each. Cook with them and choose your own favorite.

Ø Ceylon cinnamon has a smooth texture. Its taste is delicate yet complex, spicy and sweet, with citrus, floral, and clove notes. It is often called Mexican cinnamon or canella.

Ø Indonesian “Korintje” cassia is the “cinnamon” most Americans are familiar with. Its flavor is stronger than that of Ceylon cinnamon. Its sharp, bitter edge goes well with coffee.

Ø Stronger than the other cassias, “Saigon” cassia, from Vietnam, has a sweet, spicy heat similar to that of red-hot candies.

In addition to its calling as a pie spice, cinnamon occupies a prominent position in baked dishes, marinades, dressings, meats, sausages, and terrines. It is easily recognized in Mexican chocolate and coyly hidden in many exclusive liqueurs. 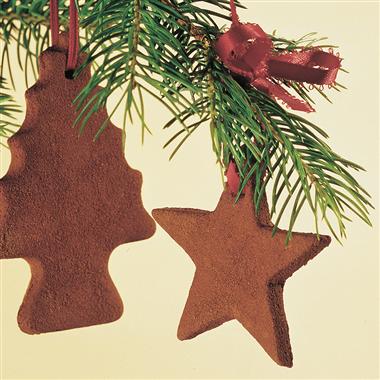 No matter which cinnamon becomes your favorite, you will find it hard not to be seduced by a cinnamon’s scent. Particularly welcome during the holidays, you can have the scent linger by making cinnamon ornaments such as those described by McCormick Spices. Alas, these fragrant ornaments are inedible, but you will find tasty, cinnamon comestibles here: