A leavening agent, also called leavening or leaven, is used in doughs and batters to help them rise by making a foaming action–the leavening agent incorporates gas bubbles into the dough giving a light and soft finished product.

These are the most common leavening agents that you would find in an everyday kitchen. 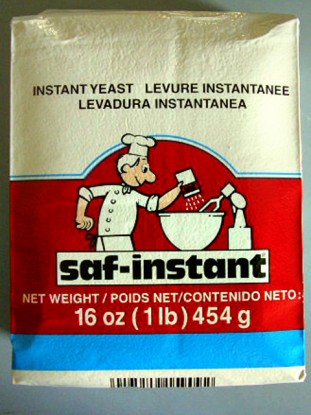 Patrice, The Science of Bread-Making

Yeast can expire and most packages will have an expiration date on them. You can however store your yeast in the freezer to prolong the expiration date for at least a year. To test yeast for effectiveness, “proof” it–place the warm water and yeast called for in your recipe in a bowl and let sit for 5 minutes. It should get bubbly. If it doesn’t, your yeast has expired. 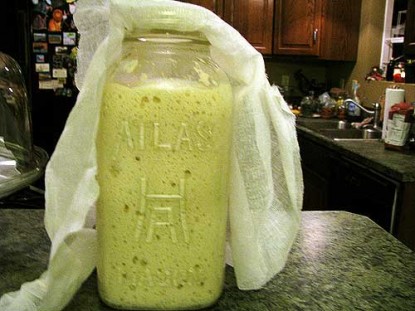 Traditionally, sourdough starter was made by mixing flower and water then letting it sit by an open window to capture wild yeast. Once this “starter” is established, it is fed regularly and used as the leaven in what is known as sourdough breads. The original “starter” can last years if cared for properly. Today, though, many sourdough starters are started with commercial yeast.

There are several Sourdough Starter recipes here on Farm Bell. 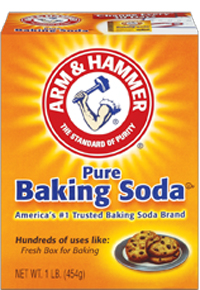 Baking soda is an alkaline and when combined with an acid, it produces gas bubbles for leavening–think the reaction when baking soda and vinegar is mixed. It is usually used alone as the leaven when mixed with acidic liquids in a recipe such as sour milk, buttermilk, or vinegar–it needs these acidic liquids to activate and become a leaven. Baking soda begins working immediately when combined with these acidic liquids, so batters with baking soda needs to be baked immediately or the gas bubbles will escape and they won’t raise.

Take a look at some of the recipes that include baking soda. You’ll understand how it’s used. 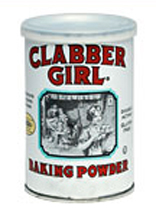 Baking powder is the last of the leavens. It is basically a powdered form of baking soda mixed with an acid. It consists of an acid (like the vinegar part of baking soda/vinegar combination) such as calcium acid phosphate, sodium aluminum sulfate or cream of tartar, and the alkali, baking soda. It commonly has cornstarch added also, to absorb moisture.

By adding just water, carbon dioxide gas bubbles are produced making “bubbles” or air pockets in the batter or dough. When it’s put into the oven, heat creates steam in these “bubbles”, expanding the “bubbles”, which in the end expands the food–it rises.

Baking powder does lose potency, so make sure to pay attention to dates when you’re buying it! Once a can is opened, fresh baking powder should be good for 3 to 6 months. If your baking powder has clumps in it, it has absorbed moisture and already begun its reaction process and is most likely not good anymore. Like yeast, you can test the effectiveness of baking powder–stir 1 teaspoon baking powder into 1/3 cup hot water. If it bubbles gently, it is fine to use.

If you’re in need of an Emergency Substitution, combine 1/2 teaspoon cream of tartar plus 1/2 teaspoon baking soda to equal 1 teaspoon of baking powder.

Even though baking powder contains baking soda, the two cannot be interchanged in a recipe. Most recipes have been formulated needing an alkaline (baking soda) or an alkaline/acid mix (baking powder). Many of them include both, but there is an acid liquid to mix with the baking soda. Of course, you could be a food chemist and redo the recipe! 😉

Here are all of the recipes that include baking powder. Look at them, this all makes sense!

This is all helpful when you’re in the kitchen wanting to create a recipe, or you know, replicating a store-bought box or mix.

Cindy blogs at Chippewa Creek ~ Our Life Simplified.
Do you have a recipe post or kitchen-related story to share on the Farm Bell blog?
See Farm Bell Blog Submissions for information, the latest blog contributor giveaway, and to submit a post.
Want to subscribe to the Farm Bell blog? Go here.