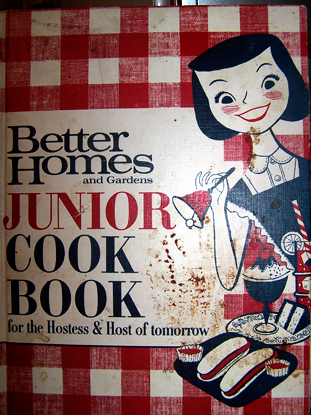 My parents gave this to me for my 9th birthday. I was just working on my Girl Scout Cooking Badge at the time.

The previous summer, I had been to Girl Scout day-camp. They taught us an “easy and portable” recipe, which was basically canned Chef-Boyardee spaghetti with a can of corn added to it, then served in an ice cream cone. It really did look as if someone had already eaten it. Well, and tasted that way, too.

Any cookbook was going to help improve my cooking skills!

The Better Homes and Gardens Junior Cookbook featured some very basic recipes. My sister Karen, who was just a year younger than I was and soon to be earning her own badge, was also interested in the book. We would look over all the recipes, see if we had the ingredients for them in my mom’s kitchen, then make things.

These were not recipes that would require much.

The first section of the cookbook featured beverages, and included “recipes” for grape float, orange float, cocoa, chocolate shake, lime fizz, eggnog, and tutti-fruitti-ice SPARKLE, which was basically KoolAid made into ice cubes, with 7-Up poured over them. 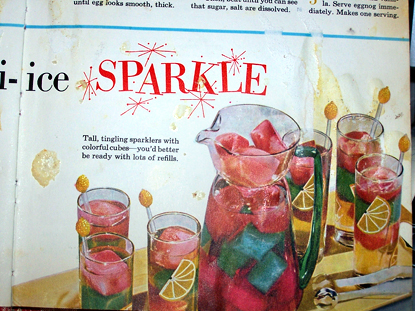 I loved the pretty colors, but I was especially enamored of the glasses with the lemon-wedge art on them and the to-DIE-for lemon swizzle sticks. To this day, I love citrus-y things. I also have a set of nice, large, glass tumblers with glass lemon wedges on them. No swizzle sticks yet, though. 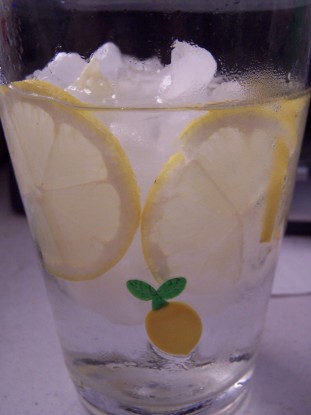 There were recipes for such exciting items as cinnamon toast and biscuits (made from biscuit mix, not from scratch).

I really liked the picture of the egg-salad sandwich boats (egg salad on a hot dog bun), until I got sick at school one day after having egg salad. I couldn’t even look at it again until I was about 30.

There were recipes for cookies, candies (think fudge), baked apples, and applesauce with red hots. 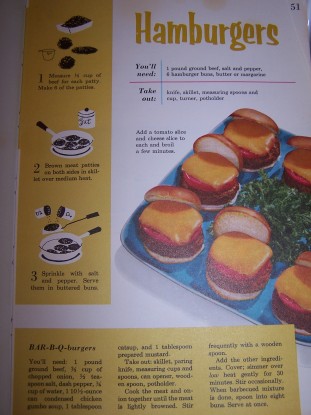 Main dish items included “frankfurters,” cheeseburgers, oven-fried chicken, and mock drumsticks. My sister and I became obsessed with getting the cheese to melt just like the picture of the cheeseburgers in the book. (She’s a vegetarian now, so I’m sure she never even thinks of that these days.) We also made the mock drumsticks, which were pretty much meatloaf on a stick. 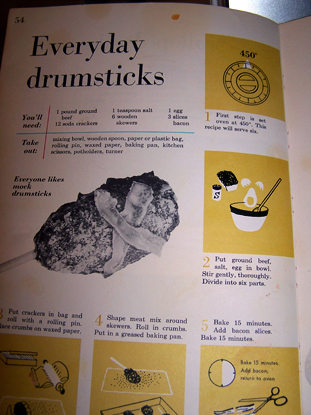 There was a recipe for saucy spaghetti that was made by taking a can of spaghetti and adding a can of Vienna sausage. Ugh. Maybe my Girl Scout camp leaders were cookbook contributors.

The macaroni-and-cheese recipe was for making it from the box. That’s a recipe? Really?

The salads were very basic. Like, take two pineapple rings, plop it on lettuce, stick a cherry and walnut halves on it and call it a salad. The “Peter Rabbit” salad was a canned pear half on a bed of lettuce, decorated with marshmallows, cherries, and cloves to make it look like a rabbit, though it really looked more like a mouse. Ugh.

Still, we used the heck out of that cookbook, and the cover and every page is stained with something we spilled. 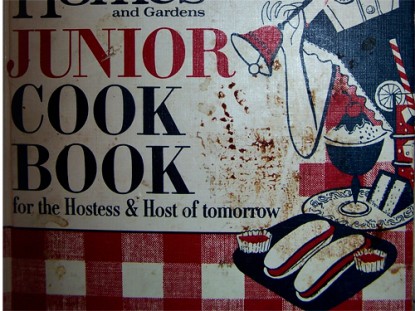 I am a better cook than that, now. But it’s still fun to look at the book, especially the pictures. I can even look at the egg salad photo!

Do you remember your first cookbook? Do you still make things from it? Or at least look at it?

Kathi N blogs at How We’re Gonna Do It.

Would you like a chance to win a Euro Cuisine yogurt maker? Check out the latest blog contributor giveaway!