It was a cold morning as I curled up under the covers. I began to think about my day. I decided that I was going to bake something for the girls to have with breakfast. I came up with the following recipe and it was a real hit! I used a similar technique to making soft pretzels, but I gave them the sweetness of apples, dried cranberries, and cinnamon. 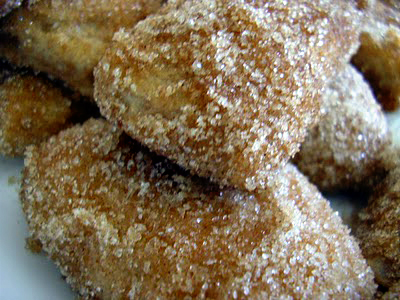 How to make Harvest Pretzel Bites:

For dipping after baked:

Preheat the oven to 350 degrees. Spray two large cookie sheets with spray cooking oil.
Mix all of the dry ingredients in a large bowl. (The 1st 5 ingredients.) 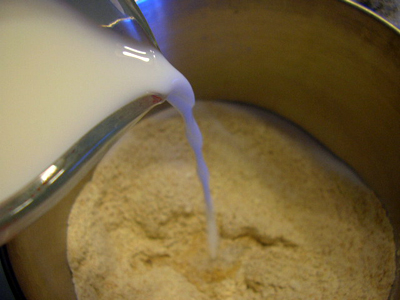 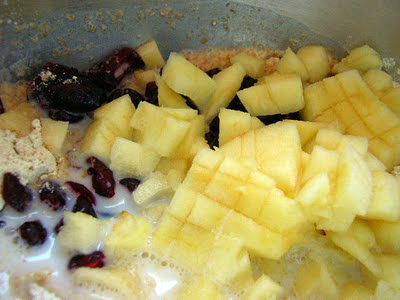 At this point, I use my Kitchenaid mixer with the dough hooks. If you wish too do this by hand, mix the ingredients well. Turn out onto a floured surface and knead until elastic and springy (7-8 minutes). Cover the dough and let it rise until doubled. Once doubled, turn the dough out onto a floured surface and roll out into a rectangle that is about 1/2″ thick (maybe a tad bit thicker). Let it rest about 20 minutes. Start a large pot with water and salt boiling. 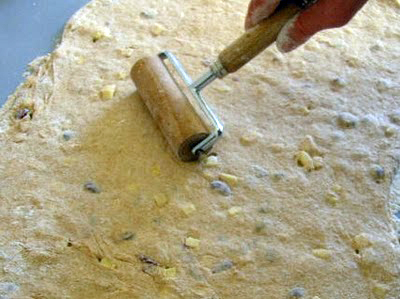 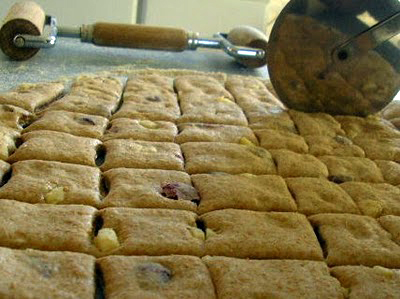 Drop a handful of these squares into the boiling water.

This step gives them the smooth surface of a soft pretzel and it plumps them. Turn them while boiling if possible. Boil them a total of 2 minutes.Remove them with a slotted spoon to paper towels, but do not leave them there for long or they will stick. This step is only to dry them. Place them quickly on the cooking sheets with a small space between them. Do the next batch the same way until you use up all of your squares. 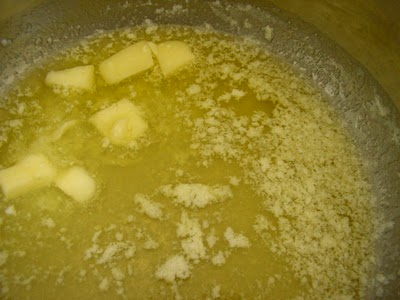 Mix together cinnamon and sugar, in a small bowl. 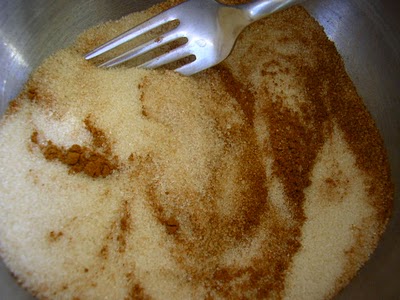 When the squares are baked, loosen from the baking sheets with a spatula. Dip each square in the butter and roll in the sugar. Place them on a serving platter. 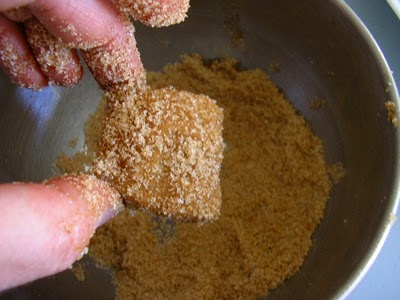 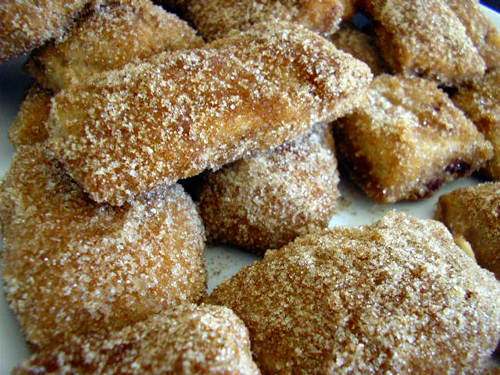 We enjoyed these with breakfast. We had so many leftover, that we enjoyed them midday when we got home from going to the thrift shops. While we were munching on these I’d swear I heard “oink-oink!” 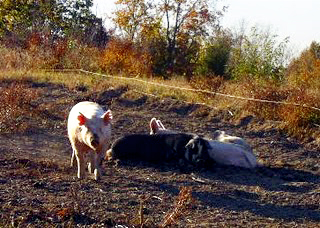 “It wasn’t us. You wouldn’t share your Harvest Bites with us! Huh! And they call us pigs…”

Update: I made these again yesterday with raisins instead of cranberry and about a half cup of sour cream instead of some of the milk. They were great. They’re good rolled in cinnamon sugar, powdered sugar, or frosted.

Get the handy print page and save this to your recipe box here:
Harvest Pretzel Bites.