Egg noodles, and not just any egg noodles, homemade egg noodles make any dish better. They’re a comfort food all their own. 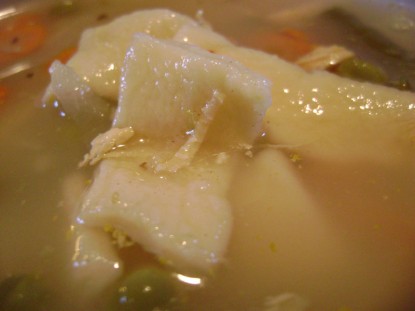 I had family in town last week. My great-nephews (teenagers) didn’t know there was such a thing! Hunh! As I was introducing them to other new foods last week, I added in the homemade noodles to Chicken Noodle Soup. The oldest even took over the rolling process – it became a family production.

The recipe I use is the one Mom always used and comes from her 1947 Culinary Arts Institute Encyclopedic Cookbook (a wedding gift — she didn’t know how to cook when she was 17).

How to make Homemade Egg Noodles: 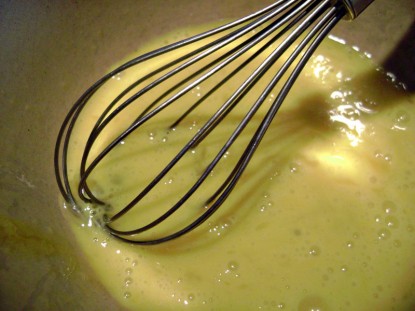 Add salt and enough flour to make a stiff dough. 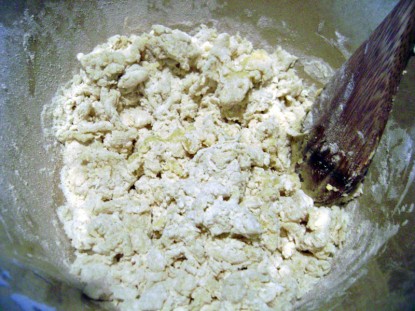 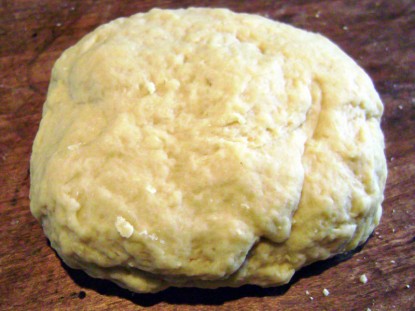 On a floured board, roll out paper-thin with a rolling pin. 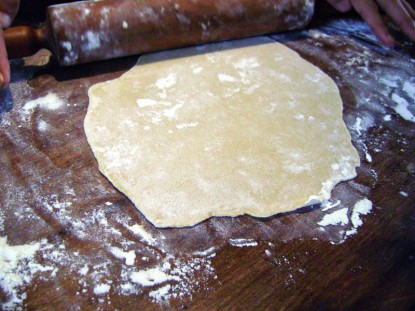 After rolling, dust top with flour. This makes pulling the noodles apart after cutting simple. 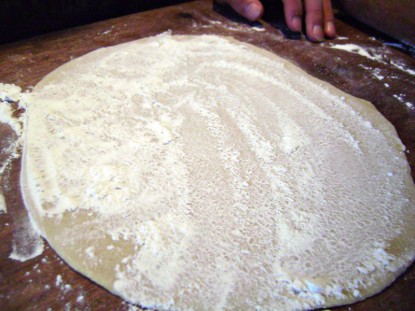 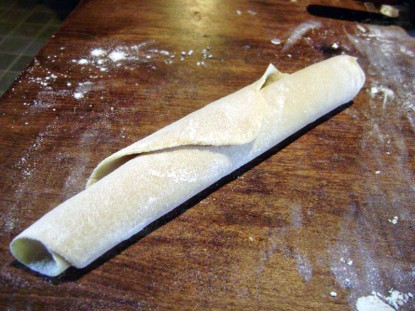 Slice across roll into strips. 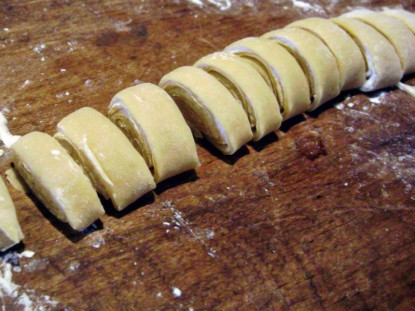 Slice strips in half. 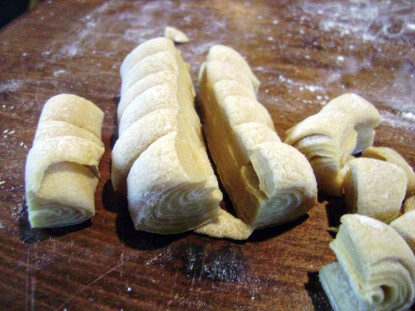 Pull noodles apart and cook by dropping into boiling salted water or broth; cook until done, about 10 minutes. I don’t cook first then drain like I would normally do with bought noodles — I put them right into whatever dish I’m making. I scrape all of the extra flour into the pot also, it thickens the broth a bit.

Many recipes, this one included, normally call for letting the kneaded dough sit for half an hour or so before rolling. I don’t do this — I don’t notice the difference of it sitting it or not.

Also, some call for them to be dried before cooking. While they can be dried to be used later, I like fresh best and skip the drying process.

By taking these extra steps out makes for a fast dish. Step up your next noodle dish by using Homemade Egg Noodles instead of the bagged variety from the grocery store — Chicken Noodle Soup, Turkey Noodle Soup, Beef or Chicken & Noodles.

Get the handy print page and save this to your recipe box here:
Homemade Egg Noodles.