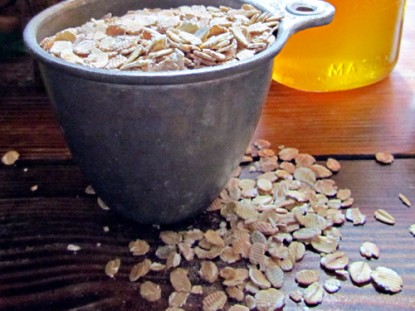 I love my Mom and don’t want to say anything bad about her cooking because in every other way she was a fabulous cook. BUT! She could.not.make.oatmeal.

Imagine a glummy glop of something being in your bowl every single morning from the beginning of September through the end of April. I would load it with brown sugar and a little milk (the less milk, the less that had to be eaten), hold my breath and inhale.

I still have that vision every time I think of eating a bowl of oatmeal. But I’m getting over it. I was forced to try a packet of instant oatmeal recently and I have to say, it was pretty darned good!

But, of course, I could not see myself paying almost $3 for 10 packets of instant oatmeal. And I really couldn’t see myself cooking a pan of oatmeal on the stove for just myself either–John doesn’t like oatmeal and we can’t get him to try it.

I searched the web to figure out what are in those little packets that make them so edible (besides the flavoring). Half of the oatmeal is ground to add thickening and half is left as whole oats for the texture.

There are many recipes on the internet making instant oatmeal, but this is the version I’ve come up with that: 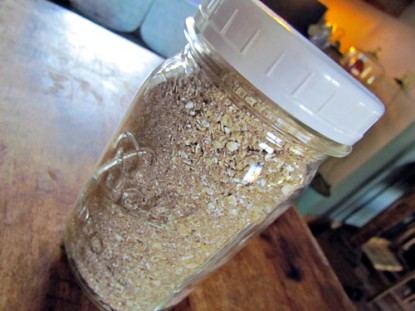 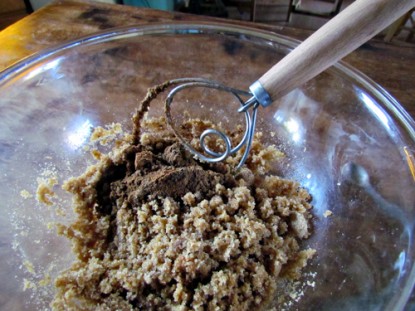 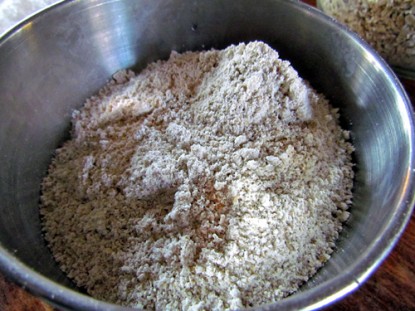 Mix the 2 cups ground oats and 2 cups quick whole oats in with the brown sugar mixture. 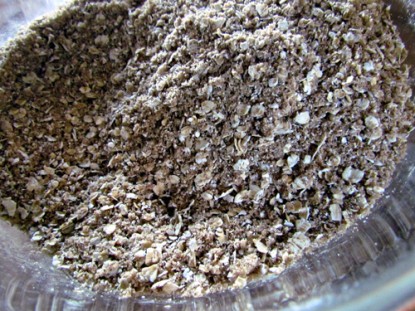 To make a bowl of oatmeal:
Use 1/3 cup instant oatmeal with 1/2 – 2/3 cup hot milk or water. This, of course, is your preference, depending on how you like it. I like mine with milk and a little on the thicker side.

Add in some dried or fresh apples or bananas if you’d like. Or some raisins! Or some jam! Now, it’s all up to you what flavor oatmeal you have. 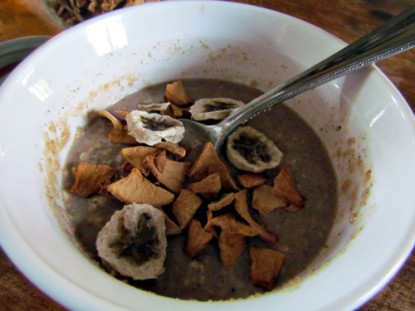 Why use quick oats instead of old-fashioned oats?
They are the same thing, quick oats just cook quicker. You could use old-fashioned oats and let them sit in the hot milk/water for a few minutes, I suppose, but I haven’t tried that. From Quaker Oats: Quaker® Old Fashioned Oats are whole oats that are rolled to flatten them. They contain all parts of the oat grain including the bran, endosperm and germ portion. Quick Quaker® Oats are made the same way but are simply cut into slightly smaller pieces so they cook faster.

Cinnamon & Spice: CINNAMON AND OTHER SPICES — Just use the recipe above!