the Exploding Pyrex? No? Well, read on. 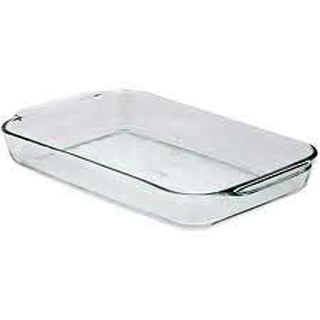 Some viral emails describe spontaneous ‘explosions’ of Pyrex® bakeware. The consumer advocate website, ConsumerAffairs.com, claims to have culled more than 300 ‘exploding’ Pyrex stories from Internet users around the country.

Consumer Reports conducted extensive tests with Pyrex and Anchor Hocking glass bakeware in its own testing laboratory. (Consumer Reports publishes the findings of the Consumers Union, a nonprofit organization that works to empower consumers.) 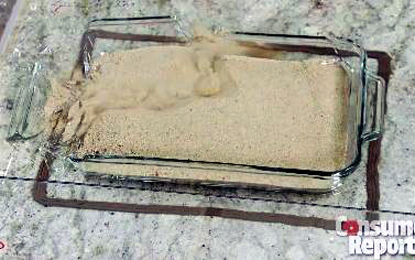 In one test, researchers heated a sand-filled Pyrex baker in a 450°F oven. When they took the bakeware from the oven, and placed on a cool, dry surface, it ‘flew apart.’ You can view video of additional Consumer Reports tests and results at its website. Based on their tests, Consumer Reports is asking the Consumer Products Safety Commission to look into the breakage issue.

Here is some basic information regarding Pyrex bakeware: 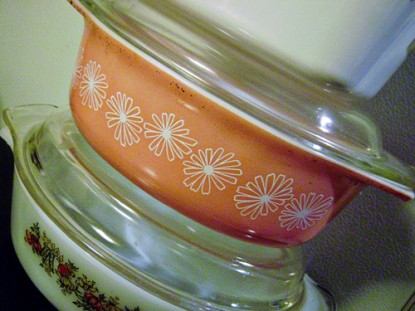 I have some of the older, borosilicate Pyrex in good condition, so I feel relatively safe using it. After all, I’ve used it for over 35 years. However, just for a lark, I read the safety guidelines that accompany new Pyrex bakeware. Holy Cow! There are several things I do that are no-no’s. Some of the guidelines are even counter-intuitive. So, here are today’s Pyrex safety highlights:

You can find complete safety warnings at the Pyrex website, here.