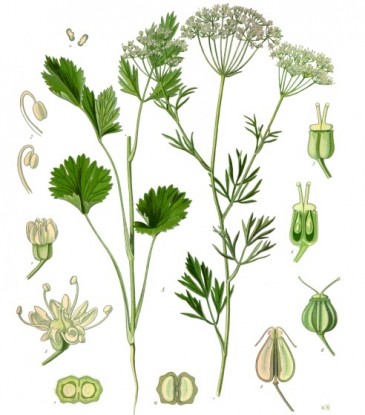 Anise herself grows to 3 feet; leaves at her base are simple, while leaves higher on her stems are feathery pinnate. Anise’s flowers are tiny, white, and form in dense umbels. The fruit, which is actually a seed pod, is oblong, dry, and 3 to 5 mm long. The seed pods are generally referred to as aniseed. 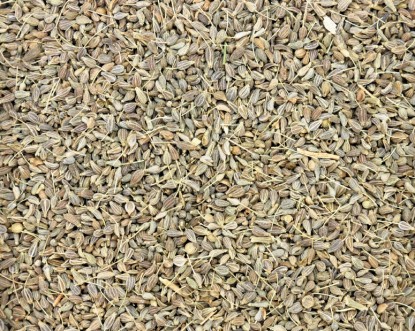 Anise grows best in light, fertile, well-drained soil. Seeds do well if they are planted as soon as the ground warms up in spring. Plants have a taproot, making them poor candidates for transplant. Aniseeds do best started in their final location or transplanted while the seedlings are still small.

Anise roots and leaves are edible. However, it is aniseed with its slight licorice flavor, that graces western pastry, bread, and candy recipes. In fact, anise’s essential oils—not oils from the herb licorice—provide the flavoring for licorice candy. Many anise relatives are considered to have a licorice flavor as well. The flavors resemble each other enough that grocers in some parts of the U.S. identify fennel as anise on produce shelves. 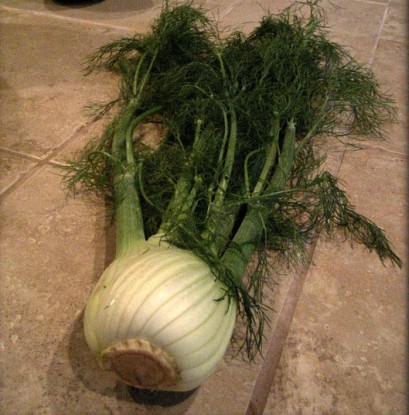 Just to clarify—fennel, Foeniculum vulgare has inflated leaf bases. The structure looks much like a bulb. The fennel bulb, either raw or cooked, is eaten as a vegetable. Cultivated fennel is also known by the Italian name, finocchio. It is fennel seed, not aniseed, that supplies the distinctive flavor of Italian sausage. 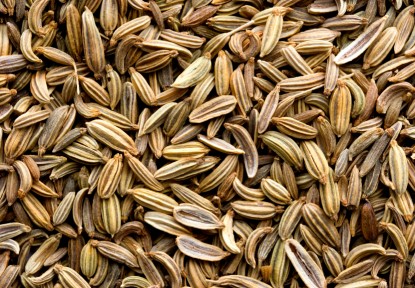 Anise has been used both for culinary and medicinal purposes since ancient times. The plant is native to Egypt and records indicate that Egyptians used anise as early as 1500 B.C. Romans enjoyed anise-spiced cakes after heavy meals to aid digestion. The Bible’s book of Matthew mentions paying a tithe with anise and in the early 1600s, King Edward I listed anise as a taxable drug. Later, merchants transporting anise to London paid a toll to help raise funds to maintain and repair London Bridge. Folklore tells us that anise can ward off the Evil Eye. Anise acts as a mild expectorant and so is included in the manufacture of many commercial cough syrups and sore throat medications. Soaps and perfumes often contain anise’s essential oil. 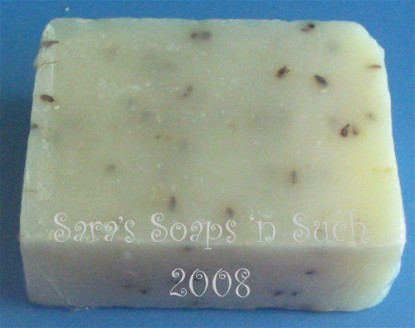 The scent and flavor of anise attracts some dogs, and aniseeds appear as an ingredient in some dog foods. Groups wishing to put hunting hounds off the foxes’ scent sometimes lay anise drag hunt trails. Some folks use anise as a bait for rats and mice. Others swear that distilled anise oil dabbed onto a fishing lure will improve a fisherman’s chances for bass, salmon, trout, and catfish in particular. Anise can hide the scent of humans, making it a useful soap for hunters and fisherman. It also hides the scent of onions and garlic making it a useful soap for cooks and canners. Several websites offer recipes for anise soap.

As with most spices, ground aniseed quickly loses flavor, so it is best to buy seeds whole and grind them as required. Store seeds out of light in an airtight container. Used with a light hand aniseed lends an exotic flavor to fish, poultry, soups, and root vegetable dishes. It also adds a distinctive flavor to cakes, biscuits, and confectionery. Over at Farm Bell recipes there is an excellent [link] Rhubarb Crisp [/link] [chickensintheroad.com/farm-bell-recipes/rhubarb-crisp/] with aniseed. Numerous alcoholic drinks and cordials can trace their roots to aniseed; French Pernod, Greek ouzo, Spanish ojen, Italian anesone, Arab arrak, and Egyptian kibib among them. 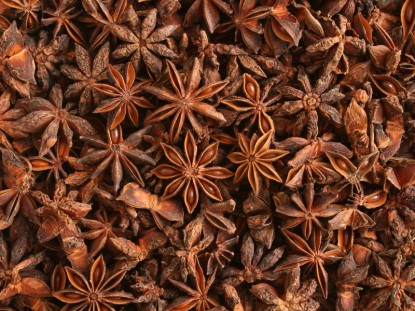 tar anise, Llicium verum, is the second sister in the anise constellation. It is a small native evergreen tree of southwest China and member of the magnolia family. The medium evergreen tree is propagated by seed and has lanceolate leaves and yellow axillary flowers. Fruits are harvested between March and May, before they ripen. Then they are sun dried. Llicium verum is mainly cultivated in four provinces in China, in Vietnam, and in Japan. 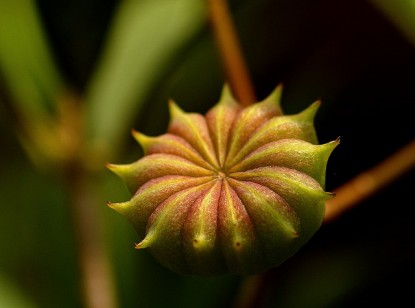 The star shaped fruit develops from the ovary wall of the flower and surrounds the seeds that are harvested just before ripening. As its name suggests, the spice is star shaped, radiating from five and ten pointed boat-shaped sections. The scent and flavor of star anise recalls that of aniseed, but is at once more pungent and sharp.

Star anise is widely used in Chinese cuisine, particularly the red, slow cooked dishes of Eastern Chinese cuisine. It also plays a prominent role in Chinese five-spice powder. Star anise is one of many spices used in biryani, a Persian-inspired “casserole” of rice and meat or vegetable curry sauce popular throughout the Indian subcontinent. It supports several signature Vietnamese dishes, such as Pho Bo soup, and it forms the foundation of garam masala blend of ground spices prevalent in Northern Indian, Maylay, and Indonesian cuisines. (Garam masala from Hindi: garam, “hot;” masala, “mixture.” To the Western palate, garam masala is more pungent than chili-pepper hot.) Star anise is also one of the spices in masala chai, a spiced tea and milk beverage gaining popularity in the West.

The compound, anethol, and its relative estragole, are the essential oils at the heart of the flavor similarity of star anise, anise, fennel, licorice, tarragon, and basil. Anethol is 13 times sweeter than sugar. It’s listed as an ingredient in products from alcoholic drinks to oral hygiene products, and natural berry flavors. Although anethol is clear and colorless, it is responsible for the milky appearance of certain chilled anise-flavored liquors.

However, star anise plays a greater role on the world stage. The humble spice stands as the primary source of shikimic acid, an essential agent used in the manufacture of oseltamivir phosphate. Not familiar with oseltamivir phosphate? Take a look in your medicine cabinet—check the back of the Tamiflu package. 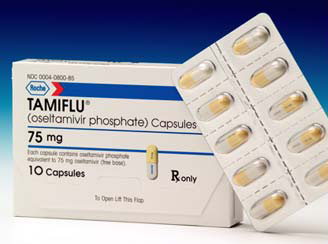 The processes needed to wrest shikimic acid from star anise involve ten separate stages. And yields are low: thirteen grams of star anise lay the foundation for ten oseltamivir capsules. A shortage of star anise was one of the key reasons for the recent worldwide shortage of Tamiflu. Drug manufacturer Roche has cornered ninety percent of the star anise harvest. As debilitating flu strains continue to spread, the antiviral flu-treatment drug will remain in demand. And, until synthetic shikimic acid is produced, star anise will be in demand as well.

You can find star anise in most well-stocked spice aisles or at Asian supermarkets. Look for whole pieces that aren’t broken. When stored in a sealed container in a cool dark place, star anise will last for several months. Discard once the flavor fades. Farm Bell Recipes with star anise include an exotic diversion—Chinese Tea Leaf Eggs; a variation on a familiar theme—Spiced Pickled Peaches and a great gift—Mulling Spice. Try one of these and add a star to your cooking! 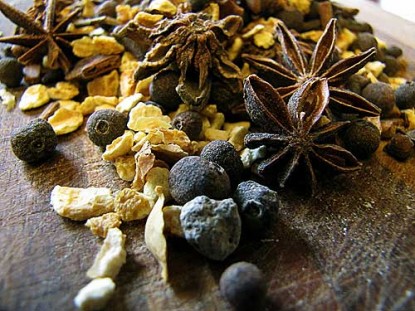