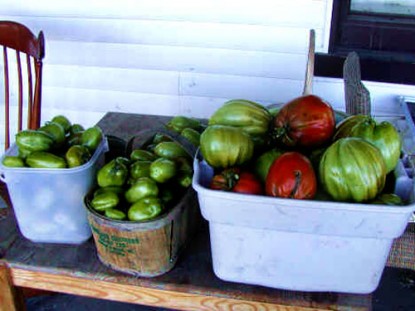 Frost is just around the corner and when it hits it usually leaves us with with many, many, many green tomatoes. It’s a good thing they will ripen off the vine, most of them anyway. 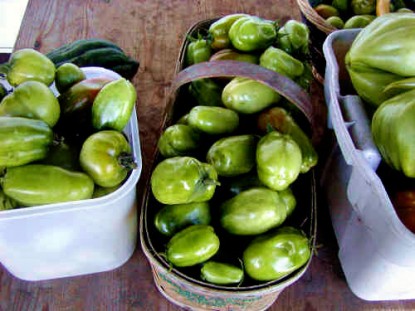 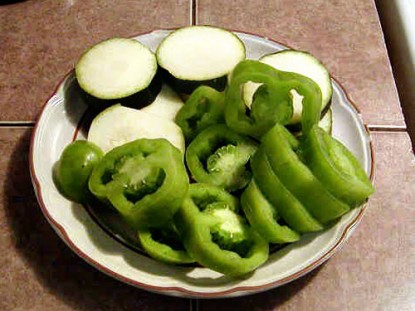 I mixed up some cornmeal and flour, about half and half, added salt, pepper and onion powder. 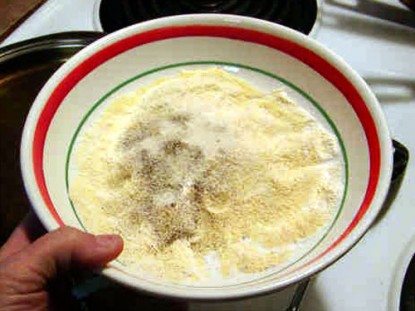 In another bowl I mixed a couple of eggs with some water and beat them until they were foamy. 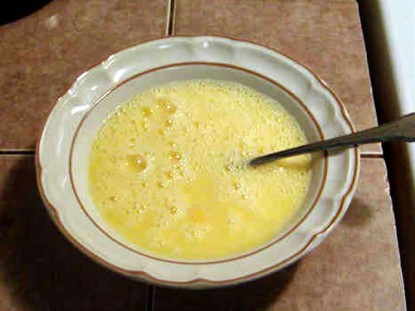 I put the slices into the egg, 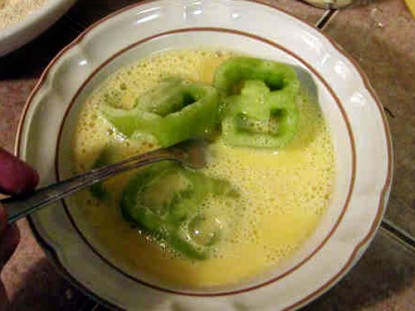 then into the cornmeal-flour mix. Some people (hubby included) like to “double dip” for frying. “Double dipping” is putting the wet veggie into the the egg and flour twice – egg, flour, egg, flour. I don’t like to do this as it fills the egg bowl with dried stuff and just makes a big, goupy mess. 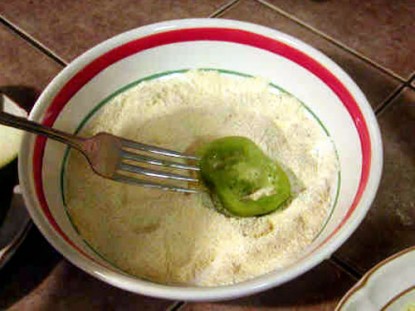 Turn the slices over and fill the holes with the dry mix. 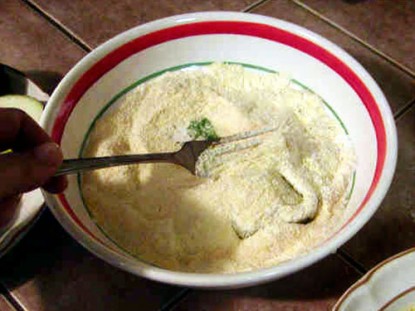 Put them into the hot oil in the pan. 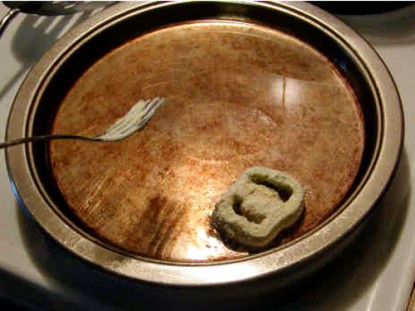 Fry the battered tomatoes and zucchini in the oil until they are a golden brown. Fry them as long as possible to cook the vegetables until tender. 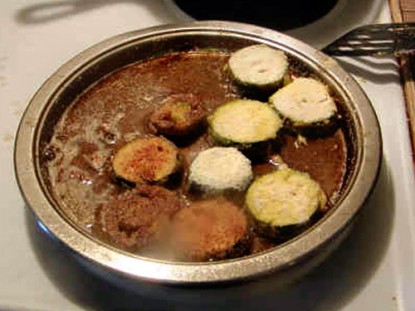 Mmmmm! Fried green tomatoes and fried zucchini! Let them cool a bit before you try to eat them. They will be very hot!! 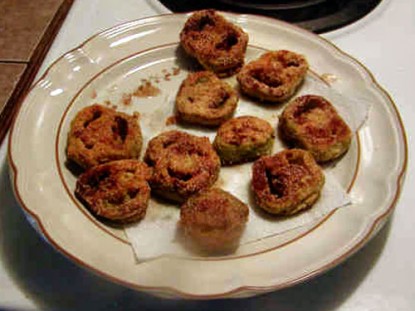 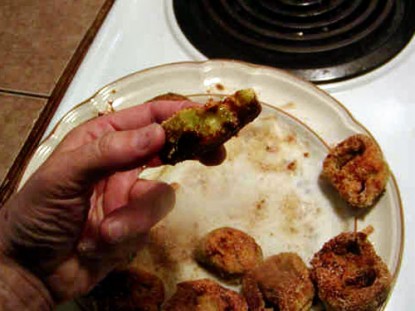 You can also find Sheryl at Providence Acres.