I love pizza, and it’s fabulous just how I usually make it with a normal bread crust, but sometimes it’s fun to mix it up and do something different. This pizza crust is made from nothing but shredded potatoes. Really! It’s makes a great breakfast, or lunch or supper with a salad. (And is perfect...
Read More

I don’t know about you, but my Christmas tree is filled with Spidermen, Star Wars characters, and Disney princesses. And, with kids and family and friends, this is one of the busiest times of the year. Here’s something to help! An oldie but a goodie–it’s always a good time for a time-saving idea during Christmas!...
Read More

I love oatcakes. Dense, full of whole grains, nicely sweet and packed with nuts or fruit. They’re soft, but chewy. What’s not to love? Also, they’re blonde. As in, not browned. Which is my favorite thing of all because I am notorious for not waiting until baked goods get brown before I pull them out...
Read More

Chickweed has a host of “good for you” properties–the Indians knew of its healing powers.You can use it as a poultice, tincture, salve, and even eat it in your salad. Today, I’m making Chickweed Tincture with my new Ball BLUE glass pints. You will need: 100 proof vodka/alcohol–nothing less than 80 proof, clean glass jars,...
Read More

It’s citrus season and since I can never make up my mind what fruit to get – and not get, I get a few of each and make a multi fruit marmalade. This year it was Four Fruit Marmalade. I used grapefruit, oranges, blood oranges and meyer lemons. It is dee-licious. You should make some....
Read More

Late winter weekends doused in rain. Cool temperatures that continued long after the Carolinas should have been blushing with sun. Storms that threatened even Easter weekend. Those normally would have been weather events that soured my mood, but not this year. This year, I read them as the perfect ingredients for the magical springtime arrival...
Read More

Recently, I found an instant refried bean mix by Kenya Cook. Intrigued, I decided to test it! This is the original recipe from the above link that I tested “as is” and made a few improvements and comments noted at the end. This recipe is super cheap and will keep as a pantry staple for...
Read More

$13.49. That’s the price for a 16 ounce (one pound) jar of Artisana coconut butter on Amazon. I definitely know that this can get costly. So, what’s the solution? Make your own of course! This is a post explaining in detail how you can make this deliciousness at home with just one or two ingredients...
Read More

I know that when you saw the name of the post, you immediately had visions of glorified macaroni and cheese sauce with chicken in it, but really this isn’t like that. This soup is cheesy and brothy. It’s chothy! Okay. That was dumb, but the soup is delicious. Even if it does call for processed...
Read More

Growing up in my house, my family created one of my favorite Sunday traditions. My parents would wake up at the crack of dawn (more like 8 a.m., but for a kid, that’s EARLY!) and go buy bagels for my sisters and me for breakfast. I’d usually wake up to the smell of my mom...
Read More

One of the things I’ve been experimenting with lately is milling my own flour from wheat berries. Two summers ago, I was VERY lucky to find a Nutrimill at a thrift store for $7. Truthfully, I didn’t even know for sure at the time that it was a grinder, but knowing how expensive they were,...
Read More

Natural yeast seems like a mysterious sort of pet that you have to baby a lot. People get stressed out about the whole ‘feeding’ thing. Well, I’m here to tell you that it’s just a matter of remembering a couple of techniques and you’re on your way to maintaining a fabulous, healthy yeast start. Once...
Read More

I have always enjoyed cooking. Not only does it allow me creativity and provide my family with yummy stuff, but it also brings back warm and comforting memories. Everything I make has a memory connected with it. My grandmother was a wonderful Southern cook. She never measured a thing, she did it all by feel....
Read More

I have been so hungry for soup lately! Maybe it’s the weather, maybe it’s my need for comfort food – I don’t know. But soup, soup, soup is all I’ve been thinking about. So I put my mind to making a new one. It’s pretty darn good. Don’t worry if you don’t have everything on...
Read More

During this busy time of year, it is hard not to get caught up in the hustle and bustle of it all. We all have visions of our perfect Christmas. The twinkling Christmas tree set in its place of honor for all to see. Friends and family sitting around the table wearing their best holiday...
Read More

I know this might look like a muddy bottle of cheap vodka to you, but it is in actual fact a delicious and highly prized (by me) bottle of my own vanilla extract. Fresh Madagascar vanilla beans with vodka (yes, it’s cheap vodka!). No sugar. No coloring. It smells delicious, and I’ve made enough to...
Read More

The intense taco flavor of this recipe, followed by the smooth and creamy beans and crunchy fresh toppings, is so amazingly good. I don’t know how else to explain the flavors and goodness of this pizza. It will rival your favorite pizza chain’s taco pizza and cost a fraction of the price. Taco Pizza: 2...
Read More

Farm Bell Recipes blog contributors are eligible (and automatically entered!) in a giveaway each month in which one contributor will be drawn (by random.org, using the days of the month that posts run) to receive a prize. Each month’s prize (and previous month’s winner) will be listed here, in a blog post on the Farm...
Read More 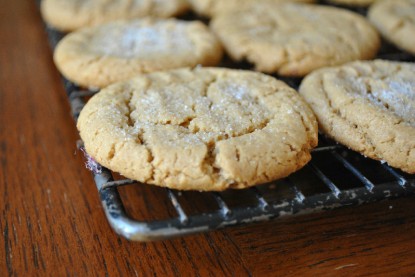 These cookies have been making the ROUNDS on the internet and Pinterest especially. I wasn’t all that excited to try them because I have a fantastic peanut butter cookie recipe that I love and cherish, but I needed a snack for the kids and I was out of flour. I KNOW! How could I be...
Read More

I used to have no imagination when it came to turkey. Leftover turkey meant sandwiches. And more sandwiches. Then everyone would get tired of turkey and never want to see turkey again. Which explains why I only used to make turkey once a year, at Thanksgiving. It would take a whole year to get over...
Read More

Ohhhhh how good these were! This is one of my new favorite recipes and I have to say it was so simple and easy. I took a recipe for Pumpkin Yeast Bread from King Arthur Flour and instead of shaping it into 2 loaves of bread I cut out donuts! I can see why they...
Read More

I scored some awesome fruit this summer. Among the treasures we brought home was a big box of Black Velvet apricots. The sign said they were a plum-apricot hybrid, but I think they’re mostly apricot. They have a soft golden flesh with that distinctive apricot texture and fragrance, but they are a gorgeous dark red...
Read More

For many years, we had no power. No electric bills, no lights, no mixer, canning in 90 degree weather on a wood cook stove. Finally we achieved the grid. I did a happy dance. However, after years of living off the grid, I am well prepared when the power goes out. Propane generator hooked up...
Read More 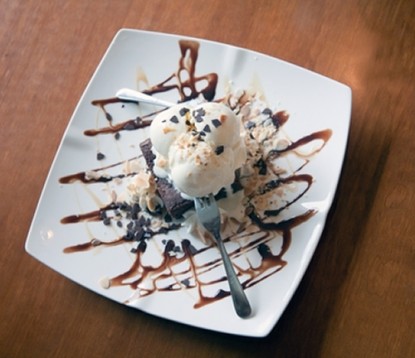 This easy-to-make ice cream cake is a favorite in our home. I make it for all of our birthdays. (I don’t make my own cake!) I make it for my husband’s and two kids’ birthdays, and we all love it. It’s good to make this about 6-8 hours ahead of when you will be serving...
Read More

I’ve always liked Brussels sprouts… to a degree. When we received a pound of them through a co-op, I wasn’t sure what to do with them. I’d never cooked fresh Brussels sprouts before. I’d only ever had frozen ones that were boiled or microwaved. I knew that there had to be another way so I...
Read More

Sunday morning is slow, sometimes even lazy. We take our time, we plan out our day, we talk and laugh and enjoy our family time. We make a big pot of coffee. We eat. Not just to feed our bodies, but to feed our souls as well. We feed on the togetherness. We feed on...
Read More

Farm Bell Recipes blog contributors are eligible (and automatically entered!) in a giveaway each month in which one contributor will be drawn (by random.org, using the days of the month that posts run) to receive a prize. Each month’s prize (and previous month’s winner) will be listed here, in a blog post on the Farm...
Read More

A tincture made of echinacea (commonly known as purple coneflower) is often used in herbal medicines. Echinacea is popularly believed to be an immunostimulator, stimulating the body’s immune system and warding off infections. It’s great to have on hand for cold and flu season. Time to put some up for a rainy (sneezy) day! How...
Read More